During Question Period today, Energy, Mines and Resources Minister Scott Kent rebuffed claims that the Yukon Party government’s work on the Robert Campbell Highway only extends as far as the shuttered Wolverine Mine by chiding Yukon NDP MLA Jim Tredger to “take a drive down the highway" sometime this summer.

But the facts tell a different story.

$7.25 million for reconstruction of the Campbell Highway from km 10 to 190 and a further $1.5 million for surfacing.

So where does Wolverine Mine sit on the highway? Yukon Zinc tells us via their website that:

The Wolverine Mine is located… 190 km by road north of Watson Lake and 180 km south of Ross River via the Robert Campbell Highway.

The Yukon Party government’s Campbell Highway work was clearly meant to benefit Yukon Zinc -- not Yukoners who depend on the highway as an important transport corridor. Instead, Yukon Zinc were allowed to become delinquent on security payments and eventually shut down the mine as the Yukon Party government failed to ensure Yukoners get a fair deal from the Wolverine mine. 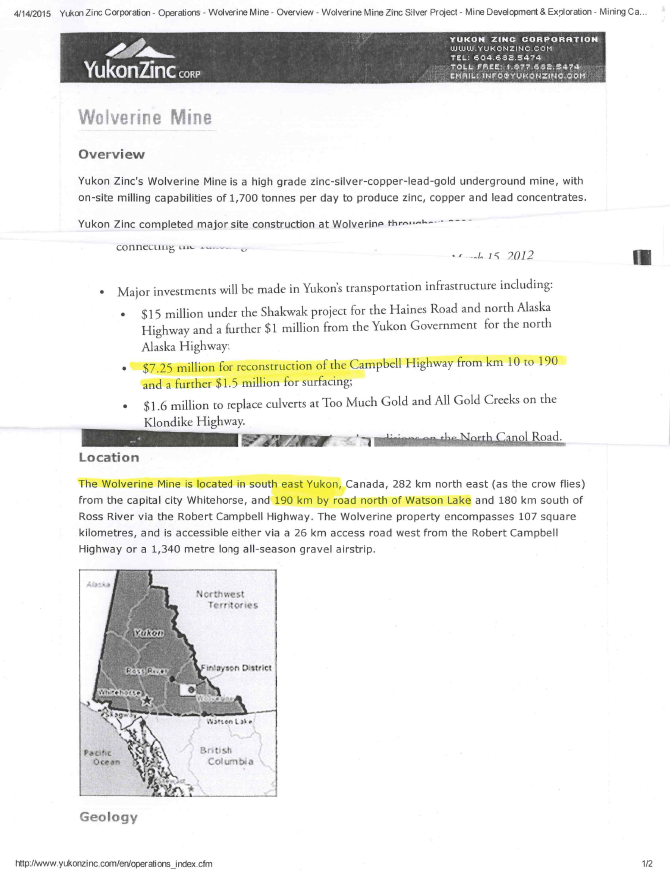 Photo: icanchangethisright / flickr. Used under a Creative Commons BY 2.0 licence.