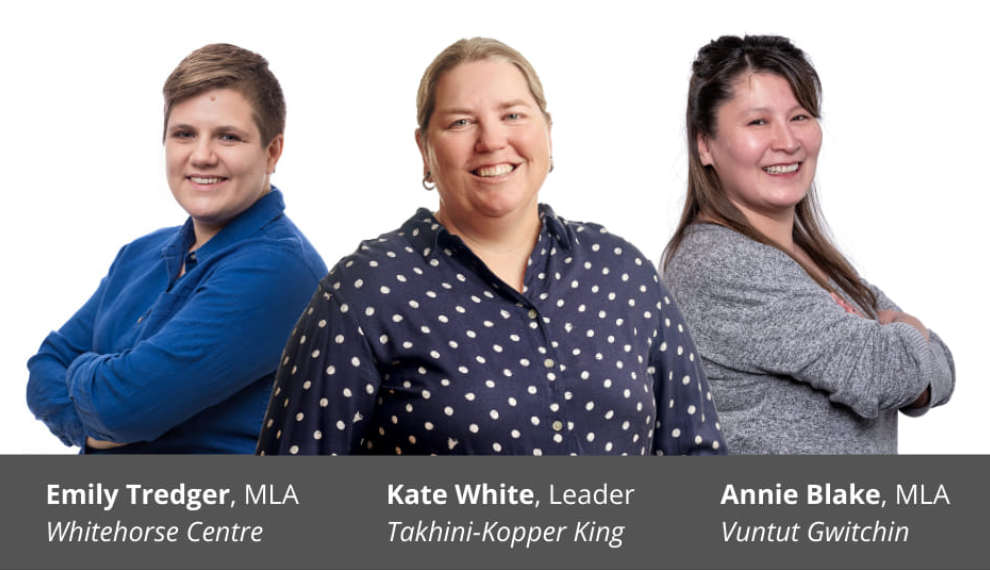 Yukon NDP Leader Kate White has nominated Annie Blake as deputy speaker and announced the critic roles of the party’s caucus. White says that while the Yukon NDP has been able to secure several key platform promises for Yukoners, there is still work to be done to make sure those promises are implemented correctly and to build upon them.

“I am honoured to nominate Annie Blake as deputy speaker and to announce the portfolios of the Yukon NDP caucus,” said White. “Yukoners want government to work constructively to address the issues facing our territory and our caucus is dedicated to ensuring that government does just that.”

White says that the Yukon NDP will also continue to push for proactive solutions that put people first, such as public prescription drug coverage and more affordable housing.

“Annie Blake and Emily Tredger are two of the strongest people I know and are dedicated to their communities and our territory,” added White.

White will assume the critic roles of Education, Community Services, Energy, Mines and Resources, Economic Development, the French Language Services Directorate, the Public Service Commission, and the Workers Compensation Health and Safety Board.

As well as being nominated as deputy speaker, Blake will take on the critic roles of Health and Social Services, Justice, Tourism and Culture, and Youth Issues.

Tredger will take on the critic roles of Housing, Environment, YEC/YDC, Highways and Public Works, the Women's Directorate, the Yukon Liquor Corporation, and the Yukon Lottery Commission.

“I am grateful for the responsibilities that I have been entrusted with to ensure actions create changes that Yukoners want to see as we work collaboratively, respectfully and diligently towards enhancing the lives of all Yukoners across our territory, especially our youth, Elders, seniors and citizens who live at risk and are most vulnerable,” said Blake.

“It’s an incredible privilege to be representing our territory in the legislative assembly,” added Tredger. “It’s time to get to work and start taking action for Yukoners.”