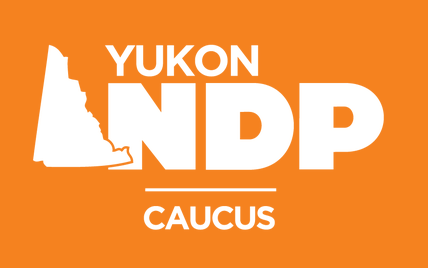 The Yukon NDP is calling on the Yukon Liberal government to reverse its decision to relocate three mental health nurse positions from the communities to Whitehorse in the wake of the Auditor General’s report on mental health in Yukon communities. The Minister initially denied this was happening when asked about this decision in Question Period by Vuntut Gwitchin MLA Annie Blake.

“I have heard so many stories of Yukoners living in communities who are struggling with mental health and substance use issues. Mental health is not a new issue in the territory. Last week, I asked the Minister of Health and Social Services why this government moved 3 mental health nursing positions from community hubs to Whitehorse. She was not able to answer the question. This points to a major concern that this government is not fully staffing the Mental Wellness Hubs, and that they are not tracking the services they are providing. If the Yukon government wants to respond to Yukoners’ needs, they also need to know what does and doesn’t work for Yukoners in distress,” said Vuntut Gwitchin MLA Annie Blake.

Monday’s release of the Auditor General report on Mental Health in the communities highlights a system that is not working for every Yukoner. It highlights concerns that the Yukon NDP have been asking about for many years. Since its start, Mental Wellness hubs have suffered from understaffing, lack of cultural awareness, and no monitoring.

“Mental health is health. Until every Yukoner, no matter where they live, has access to mental health services, this government has a lot more work to do. The government must start by reversing its decision to relocate three mental health nurse positions from the community hubs to Whitehorse and address the recommendations from the report. Yukoners deserve real action towards addressing mental health needs across the territory, ” said Yukon NDP Leader Kate White.